How WeChat Pay Opens Your Brand to Chinese Consumers

WeChat, the largest social networking site in China, has grown into what is arguably the most versatile Chinese network today. It offers instant messaging, video calls, microblogging, connecting with interest groups, and a marketplace. It is also possible to conduct transactions on the app, through WeChat Pay. It is fast becoming a preferred payment method for Chinese consumers, and with more than 800 million users a month, its reach is hard to ignore.

Because WeChat users automatically have a WeChat Pay account, a business owner looking to expand to the Chinese market only needs to include WeChat Pay as a payment option to start. Keep reading for more reasons why you must integrate WeChat Stripe in your CRM efforts.

Chinese consumers are a large and active demographic

In 2017 alone, Chinese tourists spent $257.7 billion traveling abroad. China has overtaken Japan and the United States as the world’s leading consumers in tourism. Nielsen reports that this growth is not confined to the tourism sector. The FMCG market in China had an overall growth rate of 14 percent for 2018, almost twice the previous year’s rate. Clothing and dining out are also top consumption areas, with nearly half of women polled by Nielsen expressing an active interest in fashion.

Economic independence and growing personal wealth have led to this boom in consumption. With continuous development, and consumers’ eagerness to spend, consumption looks to have momentum in being a driving force for the Chinese economy.

There are several ways to integrate WeChat Pay checkout with existing POS systems. One way is to connect it through hardware. A handheld scanner and connector, coupled with the QR code provided by the WeChat Pay app, will integrate it into the checkout system. After this, anyone with a QR code can use that to facilitate transactions.

WeChat Pay also works for e-commerce. You can generate QR codes after customers get directed to the payment portion of your POS software, and then you get the same process as with a hardware transaction. You do not need to open a bank account in China to facilitate the transactions, and you do not need to change your POS to accommodate WeChat Pay.

WeChat Pay is cost-effective for both you and the consumer

The QR code system enables WeChat users to pay for their purchases conveniently, without needing to change out of their application. Users can pay for shopped items, whether bought in-store or online, through WeChat Pay. Services and utilities can also be paid for here. What’s more, WeChat does not levy transaction fees on them when they use the app.

Aside from being consumer-friendly, WeChat is also good for companies just starting out. It allows integration without setup costs or monthly fees, and you do not need to open a WeChat business account to have access to users on the social networking site.

For businesses that do want to interact with their Chinese customers directly, there is an option for companies with less than 100,000 followers to open accounts and gain followings free of charge. But if you don’t have the time or resources to grow a local Chinese following, having a WordPress WeChat plugin is a good option.

WeChat Pay and similar QR code-based payment systems have become the standard in the Chinese market. Because China is fast becoming a leading consumer of goods and services worldwide, businesses should consider ways of attracting Chinese consumers. Integrating a WeChat plugin into your website is the quickest way to open yourself to this market.

China Payments Plugin allows you to connect your WordPress website to WeChat Pay. Give your business a boost and make it easy for Chinese consumers to engage with your company with a Stripe WeChat Pay integration. See our pricing for more details. 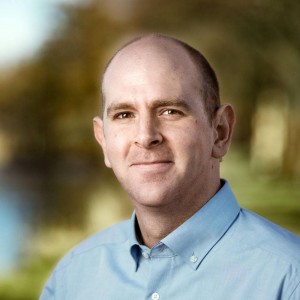 Brandon Ernst is the Founder of China Plugins, a WordPress plugin company that focuses on helping online businesses engage with the Chinese market.

Accept WeChat Pay and Alipay payments with a checkout optimized for Chinese customers.